Get fresh music recommendations delivered to your inbox every Friday.
We've updated our Terms of Use. You can review the changes here.

Alone At The Foam Party 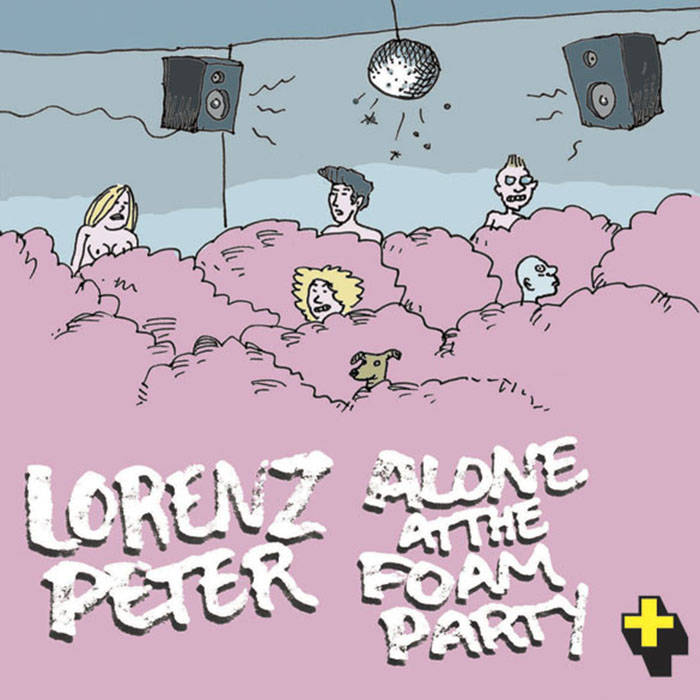 Lorenz Peter is a Toronto based recording artist and comic artist. In 1991, Lorenz began to produce volumes of nightmare ridden, ink drenched, underground comics entitled Side Effect, and along with that came a soundtrack.Noise, effects, space sounds and sci-fi surrealist soundscapes were produced with guitarist K. Adams under the name Ludwig Felicio.

With Adams, Lorenz went on to perform with Mike Nightmare & The Things in 1993. Mike Nightmare was formerly of Toronto’s notorious ’77 punks The Ugly. The group lasted only seven months but the experience lasted a lifetime and inspired Lorenz to write his critically acclaimed Chaos Mission graphic novel.

In 1997, Lorenz joined Corpusse, a perfect combination. A power duo that would influence Toronto’s underground art rock/noise scene for nearly 15 years and record 3 albums together. For almost seven years a Roland SH 1000 and a vintage Ace Tone Rhythm Ace drum box were the only instruments used to create the Corpusse sound.

Since then, Lorenz has also recorded two albums with Toronto based painter Jay Isaac as the Bay of Creatures and one album as the Terror Dancers in 2006. The equipment has changed, but the experimentation continues, as Lorenz teamed up with Heiki Sillaste in 2009 to produce an album and 7″ single of electro-psyche as Les Fontaines.

Duos have been the key in this musician’s history, but this new release is Lorenz Peter’s first solo effort. “Alone At The Foam Party” gives a very complete picture of the artist’s sense of drama, humor and current musical tastes.

“The formula has always been about making use of what is there, whether it be a TV, a bus, a keyboard, or a computer. Found sounds, cassettes, radios, and recycled recordings have always been a big part of the process. On “Cadillac Billy”, I have reworked a song from my “Things” days into something very different and relevant, using what is available on a computer and on the track “Spellcaster”, I used my old analogue equipment, before they expire forever. “Boot Disk” is a cut up of a cassette found on the street, with added programed beats.”

All tracks written and produced by Lorenz Peter.
Recorded in Toronto.

Lorenz Peter is a Toronto based recording artist and comic artist.

Bandcamp Daily  your guide to the world of Bandcamp